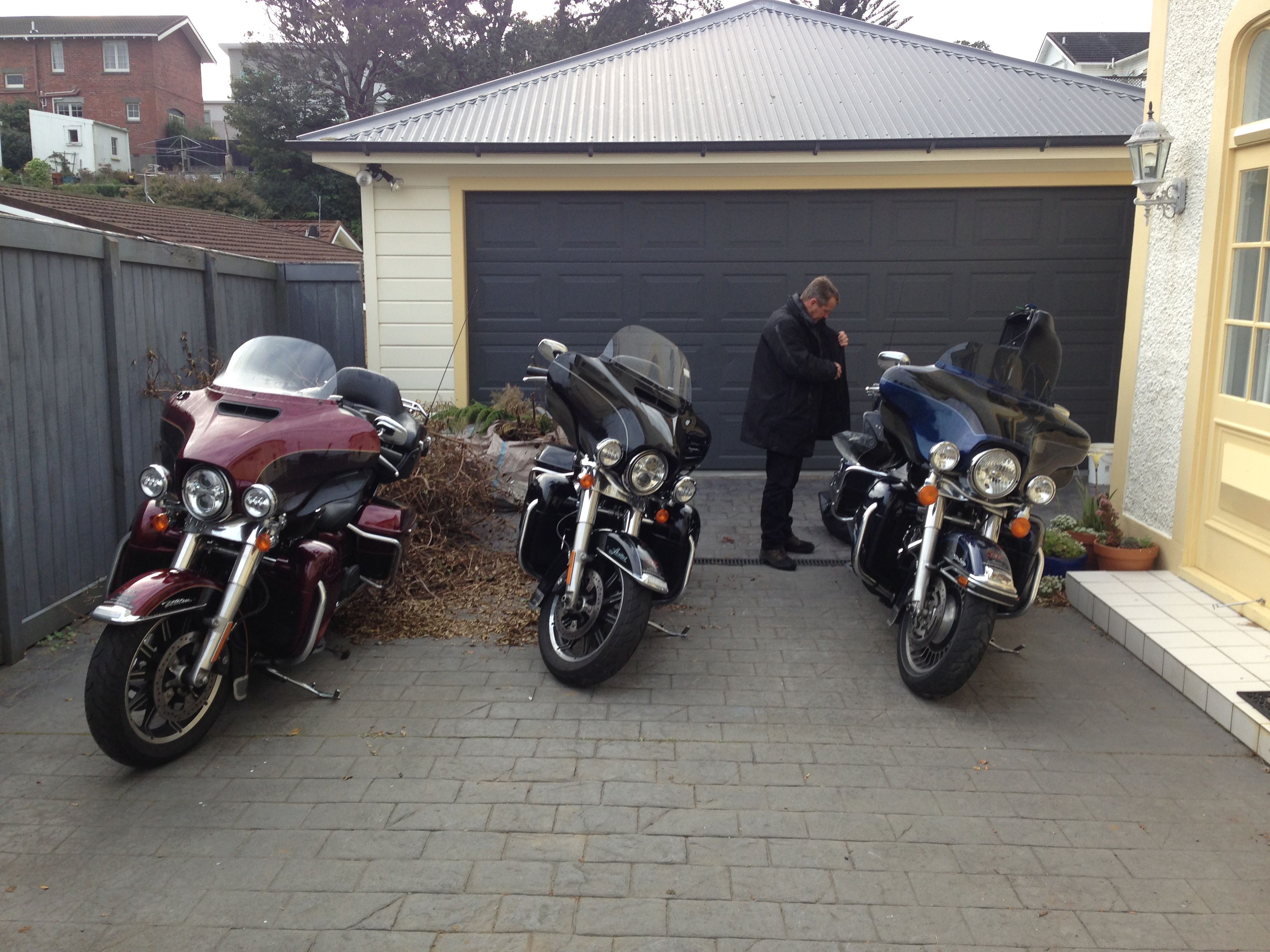 We had guests arriving last week who rented out the whole House for one night.  When I asked them what time they thought they’d arrive, they mentioned that they were on a ‘bike tour’ so would likely be late afternoon.

I assumed that a ‘bike tour’ meant mountain biking…so when we were sitting having a wine and chatting at the end of the day and suddenly we couldn’t hear each other talk, I knew I had it wrong.  My mistake – a ‘bike tour’ to these Frenchmen meant Harleys.

They were celebrating a 50th birthday by doing a four day ride around the North Island.  I had no idea you could even hire Harleys.  Neither did Rodney, and I think I know what he’ll want when he reaches that milestone.

What a great way to see this beautiful country!